"Fear kills more than the virus" said the news headline. The program had the presence of specialists, writers, and experienced journalists. Any unknown situation, product of a virus, bacteria or disaster affects the psychological state of individuals.

A friend told me: "The thought of being cooped up on a cruise, with people infected with a virus, and me raises the temperature to 120°F.”  Fear is an important aspect of the human psyche; its function is alert us of danger, with the immediate response to run or tackle the problem. However excessive fear can paralyze or  sicken people. Governments can take numerous health measures but cannot prohibit fear. 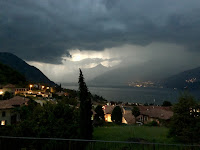 Fear is a unique feeling, some people fear snakes, spiders others. Some individuals fear air travel, others travel in a lift. Fear prevents right thinking, and giving the right answers to problems.

So it is no wonder that FD Roosevelt, the President of the United States, in his opening speech (1933) said, the only thing we have to fear is fear itself. What Roosevelt meant was that acts performed under fear only worsen the situation. If there is a rumor that we will lack water, all citizens will be at the supermarket; thus water will run out soon, the same with oil, cotton, toilet paper, a remedy, or notes in banks. If we have no control, fear worsens the situation.